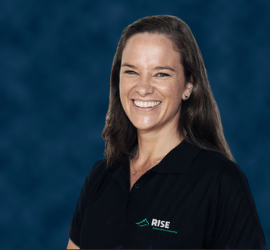 Jacqui runs her own psychology business in Adelaide, Rise Performance Consulting where she works with a variety of athletes and young people for both performance work and mental health intervention. She regularly consult to equestrian riders around Australia, both individually and through online workshops and works as a performance psychologist at Auscycling (previously Cycling Australia) servicing the paracyclist podium squad and able body academy athletes.

Previously she was an eventing rider, competing up to 3 star level, and prior to that, an international mounted games rider. After retiring from equestrian competition, she took up snowboarding where she briefly competed on the North American snowboard cross racing circuit.