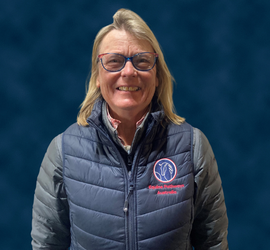 Sally Francis was awarded OAM in recognition for services to Horse Sports and to people with disability in the general division of the 2019 Queens Birthday Honours.
At age 25 Sally embarked on a career with the Riding for Disabled Association (RDA). She also became involved with the Australian Para Equestrian team, attending numerous world championships and Paralympics as a Carer, Chef d’Equipe and, in Hong Kong in 2008, as assistant coach.

In 2012 Sally led the team at the London Paralympics, where one of the riders won a gold medal. Sally retired after the Rio Paralympics (2016) as the Para equestrian Team Leader with another successful overseas campaign.