After a riding accident, Claire Skerman wondered if she’d get back in the saddle but she’s aiming high with her off the track thoroughbred, O-Tauto.

Claire Skerman had just returned to work after more than a year of rehabilitation when she first met the then three-year old gelding, O’Tauto. Claire was working as a strapper for Greg Eurell’s stables in Cranbourne and was given the job of accompanying O’Tauto to his first day at the races.

“It was at the Cranbourne track and he won and that was the beginning of it all. I’d just returned to work after a serious accident and I was putting my faith in a horse to help me through that challenge – and O’Tauto is definitely that horse,” recalled Skerman.

Today, four years after they first met, Skerman is the very pleased and proud owner of O’Tauto, who retired early last year. The Off The Track horse has been a pivotal part of her recovery from injuries that left her wondering if she’d be able to ride again.

In August 2017, Skerman fell from her sister’s horse and broke her back. Major spinal surgery and rehabilitation followed. She spent three months in a wheelchair and had to learn to walk – and ride – again.

“My younger sister had an Off The Tracker and she had a fall from him and broke her ankle so I offered to keep her horse in work for her. Within about three rides he’d thrown me off, too. As a rider you have falls all the time, but I knew this one was different because, for the first time, I fell and I couldn’t get up. But I had no idea it would be 12 months before I’d ride again,” said Skerman.

She was rushed to the Royal Melbourne Hospital and when she realised the extent of her injuries, Skerman had one question on her mind. Would she be able to ride again?

“The specialist said he thought I would ride but it would take at least 12 months and that became the driving factor in my recovery – I wanted to make that happen,” said Skerman.

“People commented about how positive I was during my recovery and when I was in the wheelchair and then the back brace. I just felt so lucky that I was going to walk and ride again, even if it took time and pain. I counted down every day of that 12 months.”

When Skerman was strong enough to get back in the saddle, she invited family and close friends to see her ride her Clydesdale cross, Falcon, for the first time.

“That morning I was so excited but I was also terrified that I’d land in the saddle and feel I didn’t belong there anymore. If I couldn’t ride anymore, I didn’t know what I would do with my life. My whole life has been horses and so it was a huge relief to get in the saddle and it feel like home.”

Skerman doesn’t come from a racing family. She grew up watching The Saddle Club and joined her local pony club in Nunawading when she was six years old. She went to monthly rallies where she could ride other people’s ponies until she got her own horse a year or two later.

“I did quite well in VCE and started an arts degree but I was there for three weeks and knew it wasn’t for me. I deferred and began working as a stable hand instead and I fell in love with racing and never went back to uni,” said Skerman.

“Equine Pathways has been life changing for me. Having clinics each month helped me set goals and work towards them. I still ride there and have worked with sport psychologists, physiotherapists and riding instructors. There is a whole community of people there who support each other,” said Skerman.

After joining Greg Eurell’s stables and meeting O’Tauto, Skerman continued to achieve milestones in her recovery and career. In January 2019, she strapped O’Tauto for his first win at Flemington.

“I went through a rollercoaster of emotions that day. It was an important moment in my recovery because it brought home the realisation that I had recovered – I’d not only learned to walk again but I’d strapped a winner at Flemington and I was doing what I loved doing the most in working with racehorses,” said Skerman.

“I looked back on my time in hospital and that long 12 months and now I was where I wanted to be. I was in tears when O’Tauto crossed the finishing line first. I felt like I’d strapped the Melbourne Cup winner.”

Skerman is now Assistant Trainer at Julius Sandhu Racing and helps manage the horses and stable operations. She’s also finished an Equine Veterinary Nurse course so can look after medications, treatments and any injuries, too.

While she doesn’t ride trackwork anymore, away from work Skerman is dedicating her time to training O’Tauto to compete in dressage events.

“When I first got him, I gave him a long spell and a chance to relax and be a horse again out in the field. I’ve just started introducing him to his new career. We have a partnership on the ground and now we are building that under saddle and O’Tauto is showing huge potential because he moves so well,” said Skerman.

“Dressage is an unspoken language. You ask the horse to do incredible movements using your own body and when you get that right, and when you have that level of communication and harmony with your horse, it’s a very special feeling.” 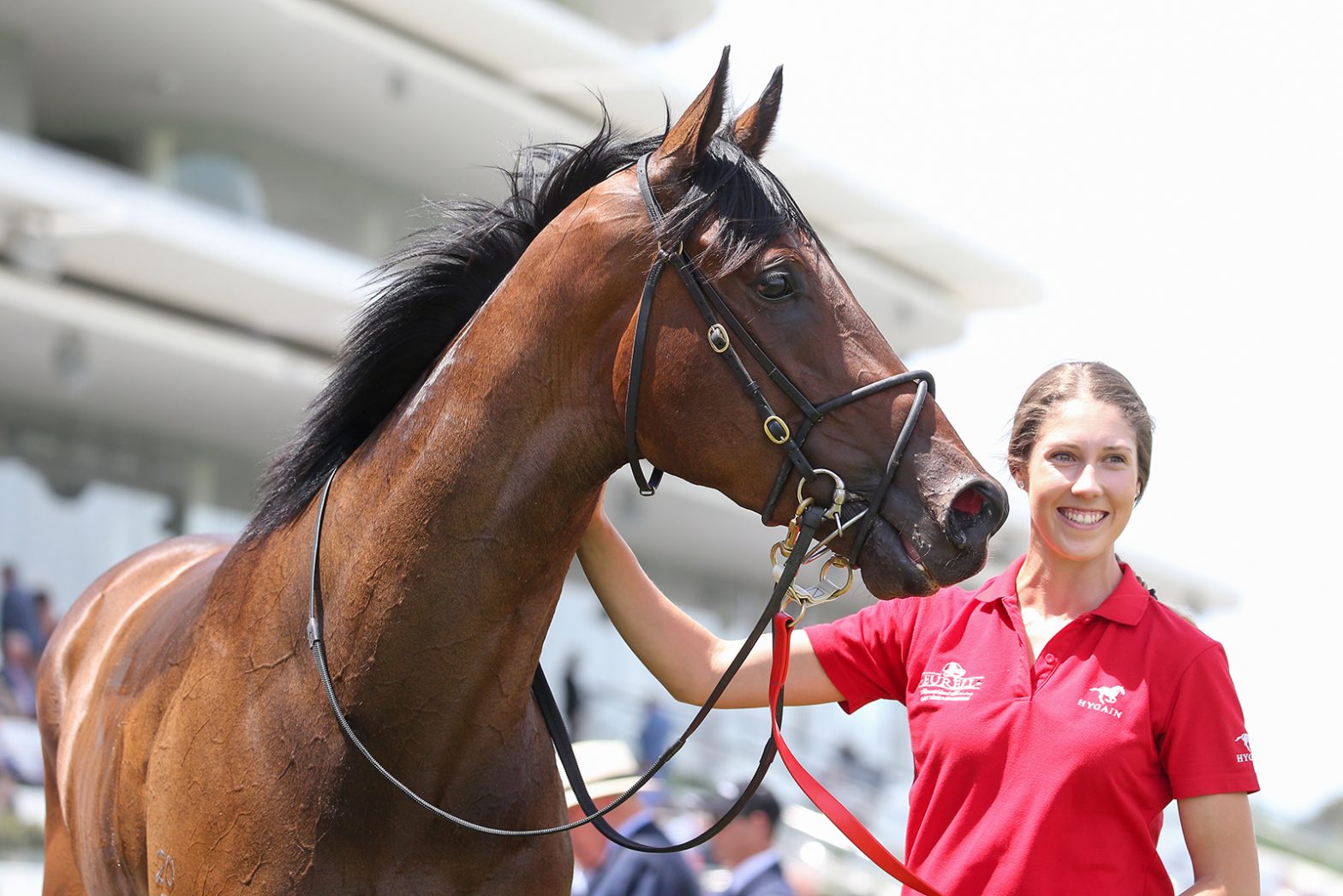 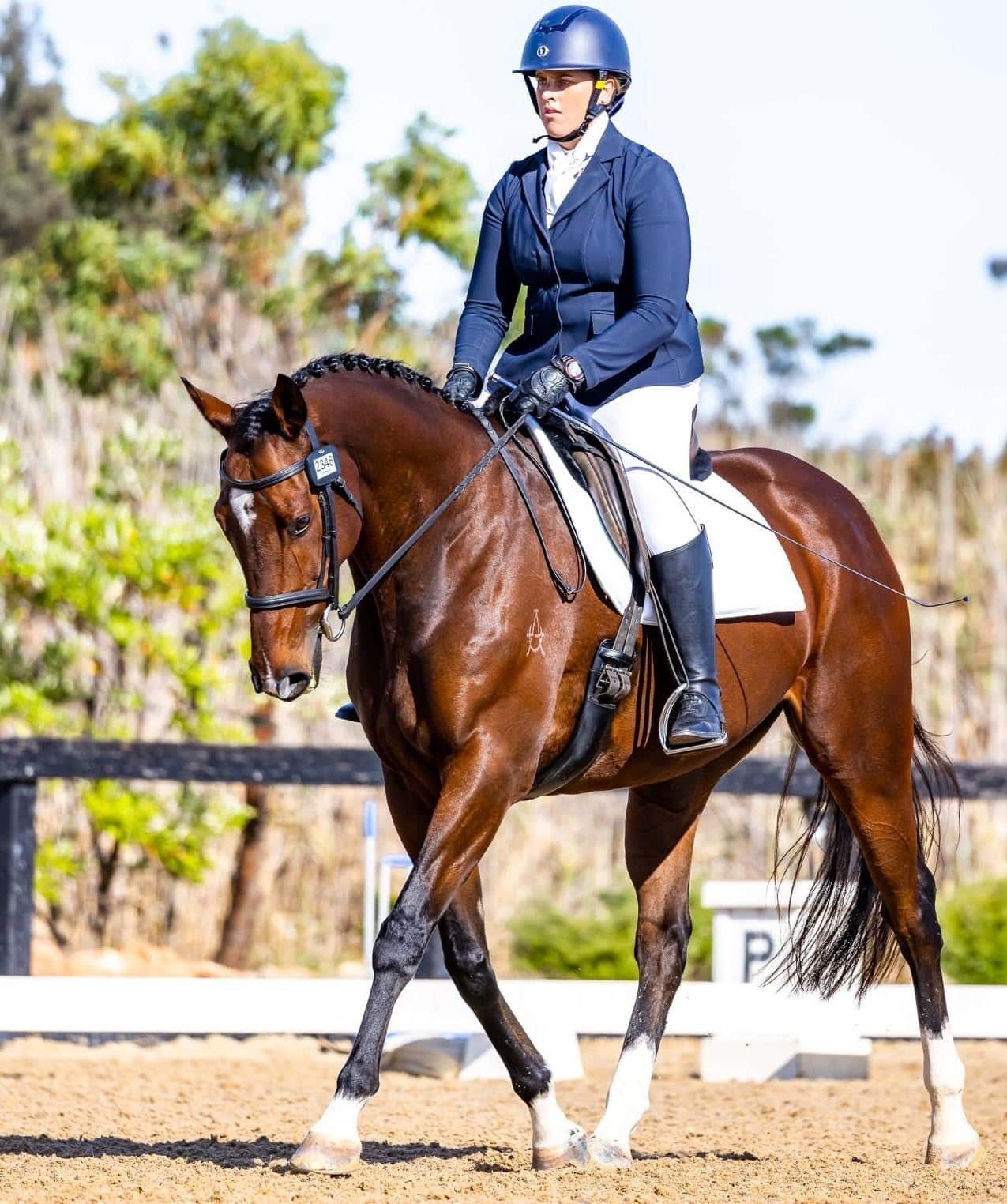 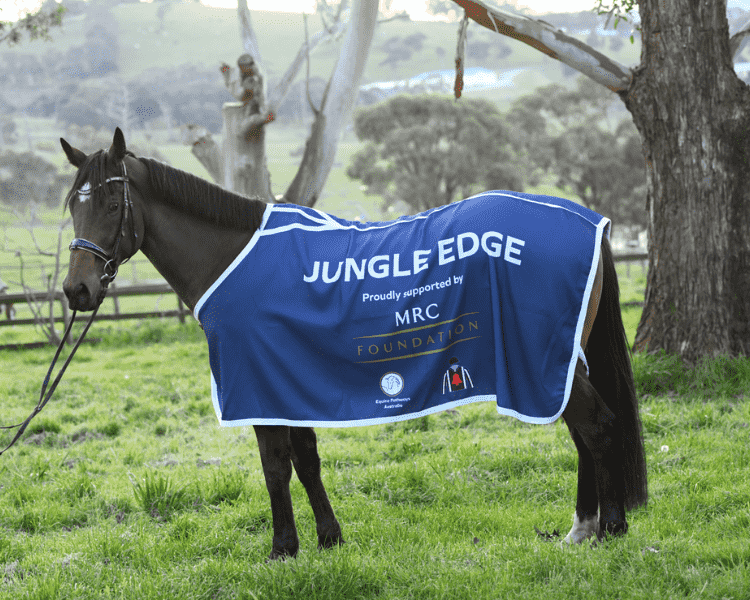 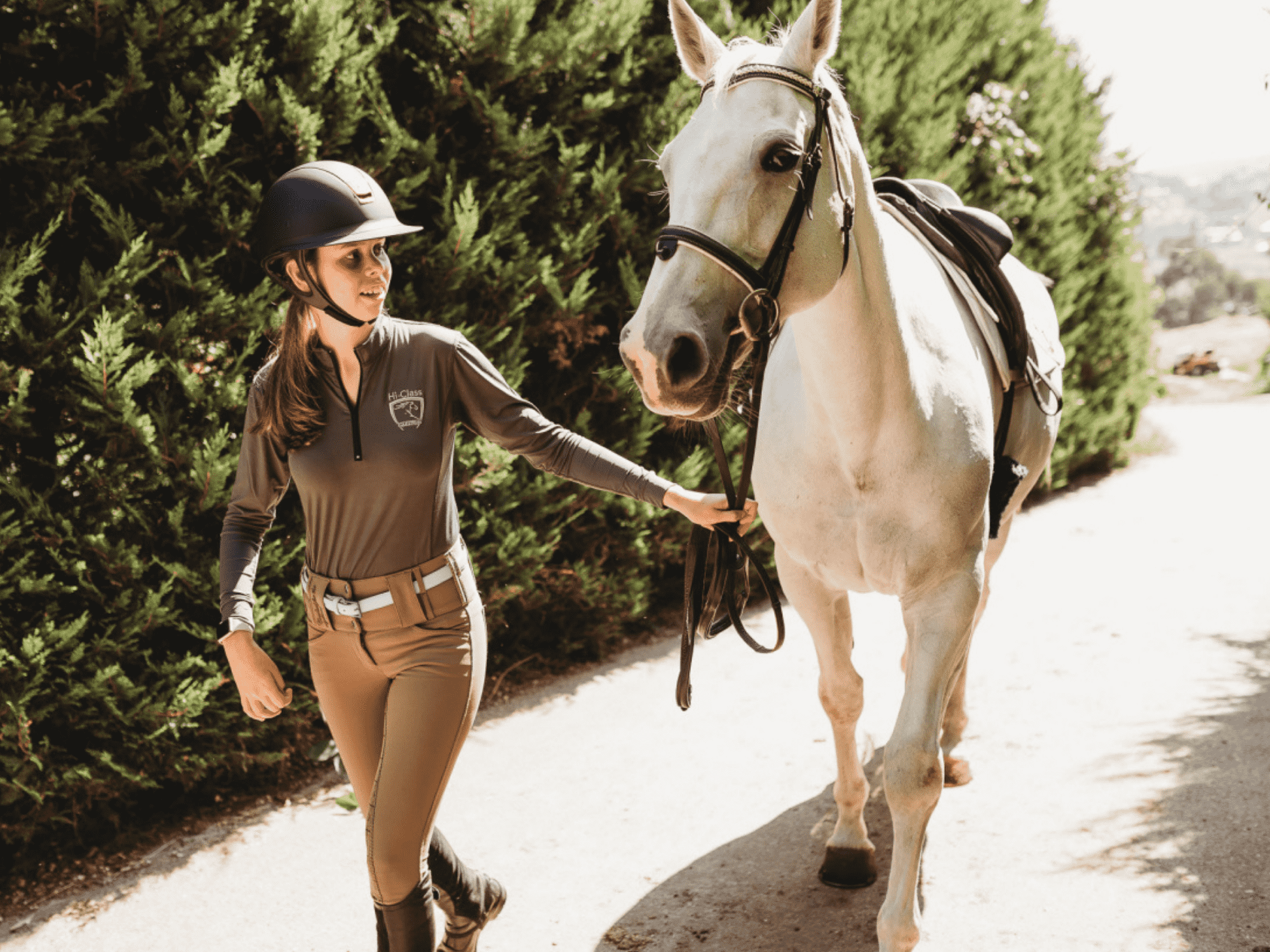